This is a summary of the talk by Aslak Hellesoy.

Aslak is the founder of Cucumber, which has recently been bought by SmartBear. He has been experimenting with Petri Nets. It’s a concept he has learned in university but might be useful too, when writing software.

To explain a system, we often use state diagrams. These don’t work for concurrent parallel distributed systems.

Petri Nets do, because it’s step-based and you can wait for another system to complete.

At its core there’s places, tokens, transitions and arcs. A place needs a token to transition to another place via an arc.

There is also extensions & colours, but we didn’t cover those. 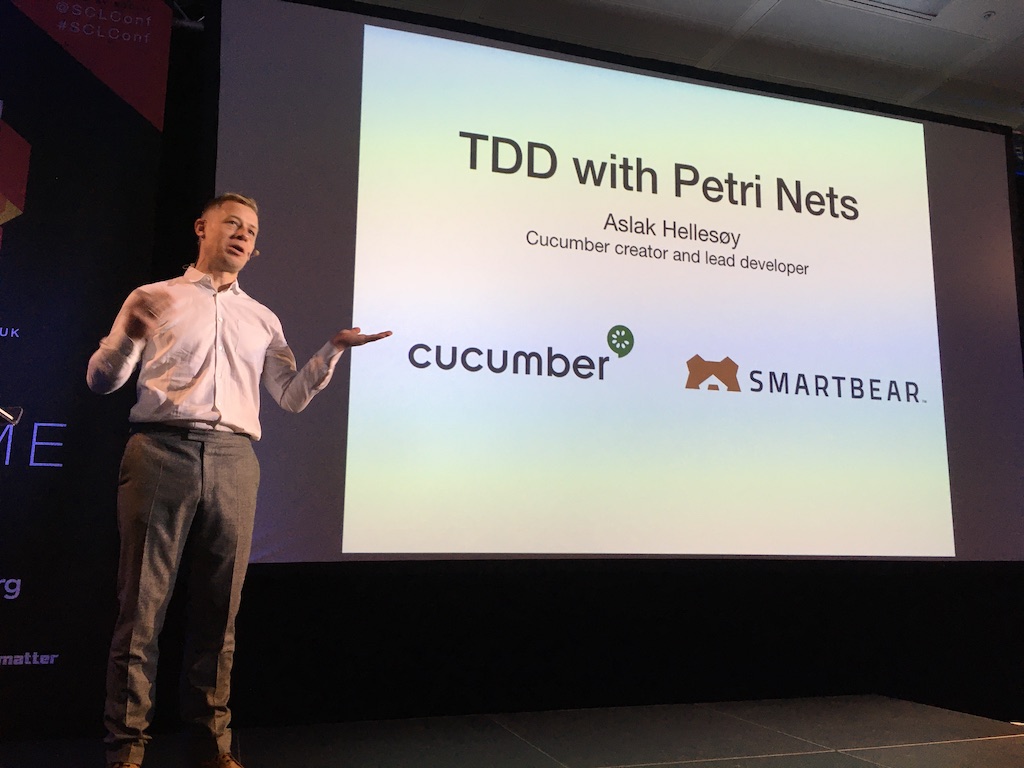